The Light Of Originality

Iridescent is the light of our Originality and Uniqueness. There are so many challenges that impact on our desire to be original.

From being misunderstood, causing us to become isolated, excluded and introverted.

To not really knowing our place in the world, leading to confusion, and always feeling an outsider.

To high levels of sensitivity, causing us to feel uncomfortable in many situations.

To watering down and suppressing our beliefs, so that we can get by.

Often super-sensitive, it’s very important that the Iridescent person learns to trust themselves, as their antennae are often tuned differently to others.

Iridescent is such an important light, if you want to be true to yourself. 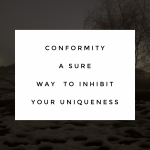 Half Light brings into play the psychologies that form around Conformity.

The Iridescent Light is the light that allows us to bring our uniqueness and originality into the world, through our expression, ways of thinking, ideas, style, character and so on.

However Conformity can quietly suppress this originality, causing us to:

So if you yearn to give expression to your UNIQUE voice, let’s get the Iridescent light switched back on!